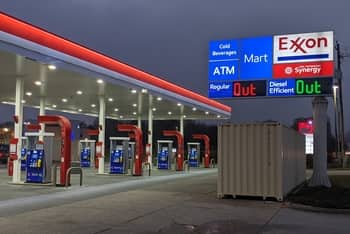 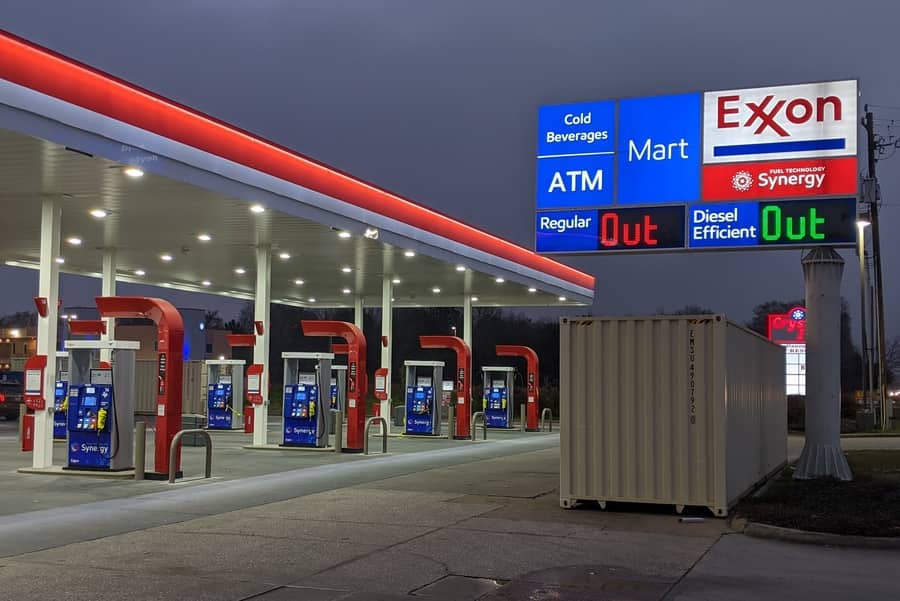 The need for oil and petroleum products is deeply embedded in our world to the point that the grand majority of people would not be able to survive without them for too long.

Even though there are massive improvements in green technology, our dependence on crude oil has not yet significantly decreased. Out of about 100 oil-producing countries, the United States is among the top five in production.

Since the United States holds a significant reserve of oil, we shouldn’t be concerned about a fuel shortage…or should we?

In this article, we will discuss the possibility of a fuel shortage in the US, the impact of a long-term shortage, how to prepare for one, and what to do when the gas stations run out of fuel. But first, let’s see what history has to say.

Let’s take a look at a few of the world’s top oil-producing countries and important events that took place.

1. Venezuela — With an estimated 18.2% of the world’s share of oil, the largest oil-producing country collapsed due to corruption under the Chavez and Maduro administrations. Whereat one point (in the not-so-distant past, I might add) gasoline cost less than a US penny, in 2021 the cost for a gallon has far exceeded $7 US. Some sources report that it is being sold for as high as $4 US per liter under the black market. The fuel shortage has caused significant impacts on a country that is already deeply suffering from a socialist regime.

2. Iran — Due to the Iranian Revolution of 1979, there was a steep decline in the production of oil that Iran would have otherwise exported globally. This set off a year-long wave of shortages that led to significant price increases and panic buying.

3. Nigeria — Africa’s largest oil producer is also known to experience major fuel shortages, the reason being because of their lack of infrastructure and inability to meet the demand. Nigeria imports a large percentage of its fuel, but in recent years, the government significantly reduced its imports because of its existing debt, fuel subsidies, and the changing value of the currency. As a result, frustration is growing among the civilians because of the lengthy wait times they must endure at gas stations, the consistent nationwide blackouts, and other disruptions to the economy.

4. Mexico — In January 2019, President Obrador shut off six major pipelines in an attempt to put an end to fuel theft. He also changed the method of distributing fuel from pipelines to trucks, which inevitably caused transportation delays and fuel shortages.

A massive fuel shortage in Mexico has angry drivers lining up for hours at service stations and demanding a fix https://t.co/ePPYVKjJQZ

5. Indonesia — Due to the lack of infrastructure for refining oil and the capacity for distribution, the majority of the gas that Indonesia produces has to be exported. This has led to decade-long fuel shortages. As a result, it’s not uncommon for people to experience daily power outages and long lines at gas stations. To top it off, a fire blaze erupted at one of their oil refineries in March 2021.

6. United Kingdom — In September 2000, a fuel blockade was set up in protest of the rising cost of fuel. The blockade, which lasted 8 days, was said to have threatened essential businesses.

7. Syria — Syria has been dealing with fuel shortages for quite some time. Due to the current sanctions, corruption, and inadequate production and distribution of oil, the demand is not being met. Civilians are forced to wait in line for hours to obtain a small ration of fuel, use alternative means of transportation, and suffer through the cold during the winter months.

These seven examples present the question:

Will there be a fuel shortage?

If it can happen to the world’s top oil-producing countries, it can surely happen to any country. In other words, the United States is by no means immune. (Fun fact: I experienced it for myself in Texas. The picture you see at the beginning of the article was taken by yours truly.)

It doesn’t take much for there to be a disruption to the production and/or distribution of oil, especially when a nation rests in the hands of an incompetent government and lies at the risk of natural disasters. Any disruption can cause temporary or long-lasting shortages.

When influenced by politics, one of the main supply chain disruptions comes as a result of severed relationships with oil-producing countries. Venezuela is a prime example. In response to the suspected fraudulent reelection of President Maduro in January 2019, the United States decided to impose sanctions on PDVSA: Petróleos de Venezuela, S.A.

According to Reuters, “U.S. refineries that depend on Venezuela’s heavy crude are turning to domestic sour crude grades to offset the impact, sending prices to the strongest in about five years, traders said. Other potential alternatives from Canada, Mexico, or elsewhere in Latin America are hard to secure amid slowing production, limited spare capacity, and transportation bottlenecks, traders said.”

Apart from politics, natural disasters also influence our fuel supply in plenty of ways. Some of the most common examples include:

During an emergency, the government may prioritize the sale and distribution of fuel to hospitals, grocery stores, water treatment plants, emergency response organizations, communications networks, and first responders.

With respect to a fuel shortage, we should definitely be concerned about the long-term effects.

Impacts of a long-term fuel shortage

As we previously discussed, our world is highly dependent on petroleum. When shortages occur, there are notable side-effects, for example:

How to prepare for a fuel shortage

I stand firmly by the idea that it’s better to be prepared than sorry. If you share this belief with me, then here are a few tips to help you become prepared for a dreadful day in which fuel becomes a luxury.

What to do when a gas station runs out of gas

When gas stations run out of gas, there’s unfortunately not much we can do, other than wait for them to get a new supply. What we do before our country experiences a petroleum crisis is much more important than how we deal with the problem afterward.

If we look at any event in history in which a country or city faced a fuel shortage, the story is very similar: people wait in line for hours, or even days, to gas up. In the meantime, they have no choice but to endure the consequences.

Venezuela is a recurring example of this. One of the main struggles for civilians is traveling to and from work. Many people spend the night waiting in line at the gas station because they don’t want to lose their place in line, and they can’t leave their vehicle unattended overnight because of the risk of it getting stolen.

History repeats itself, therefore it is crucial that we become prepared well ahead of time. The tips above should help make it easier for you to overcome a future shortage.

What to do if your car runs out of gas

In the event that you’ve become stranded while driving because you’ve run out of gas, there are a few things you can do.