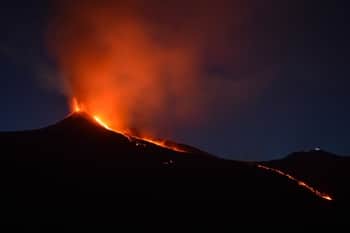 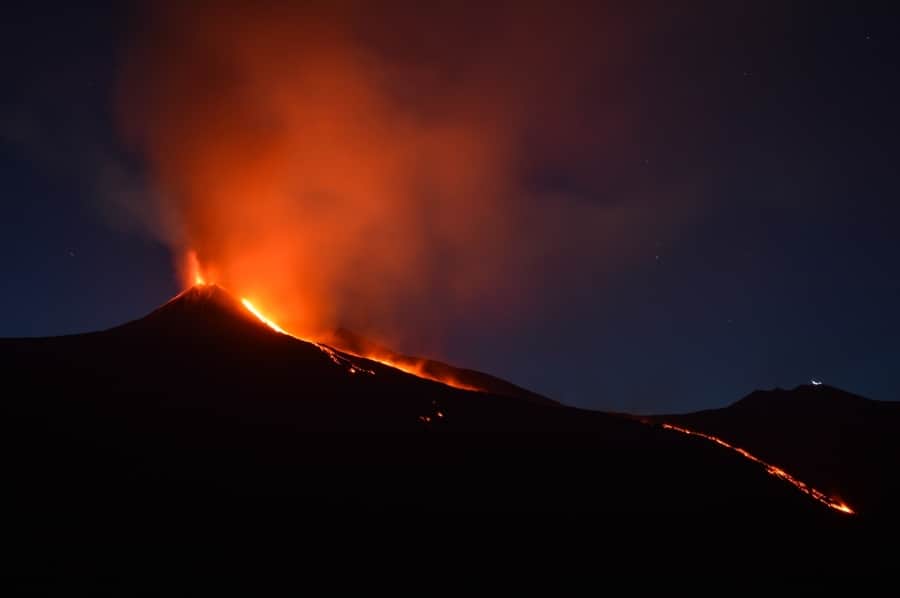 Volcanic eruptions are equally terrifying and fascinating. To help you mentally prepare, we’ve answered some of the most common volcano-related questions.

Where do volcanic eruptions occur?

Volcanoes occur in several different places, specifically in the places where tectonic plates meet. The majority of volcanos are found in the Pacific Ocean, in a section that is popularly known as the “Ring of Fire”. Approximately 80% of volcanoes are found underwater.

How many volcanoes are in the world?

While the total number of active and nonactive volcanoes is unknown, the US Geological Survey estimates that there are approximately 1,500 active ones worldwide, and of those, about 169 are located in the United States.

What is the most dangerous volcano in the world today?

Italy’s Mount Vesuvius is said to be the world’s most dangerous volcano. This is the same volcano that buried the city of Pompeii in 79 AD. It has erupted several times since then and remains active to this day. At this moment, an estimated 6 million people are at risk of being affected if it erupts once again.

What are the warning signs of a volcano?

Research has highlighted some of the tell-tale signs that a volcano may erupt due to increasing underground activity.

According to USGS, some of the signs they look out for include: earthquakes, the ground swelling upwards, and the increased release of gas (like hydrogen sulfide and carbon dioxide) and heat emissions coming from the vents of the volcano. In some cases, eruptions can be predicted up to a few months in advance.

What are the impacts and effects of volcanic eruptions?

Volcanic eruptions can cause major damage to a region — or the world if it’s large enough.

What is the role of government before and after a volcanic eruption?

The United States Geological Survey (USGS), is the organization that monitors volcanic activity. Some of their responsibilities include assessing the hazards, monitoring active volcanoes, and determining which locations are at risk in order to provide warnings to the public.

For more information on volcano mitigation and safety, check out our guide here. At the end of the article, find a checklist that you can print and keep with your emergency supplies for future reference.

Do you have any volcano questions that weren’t answered? If so, leave them in the comments below! 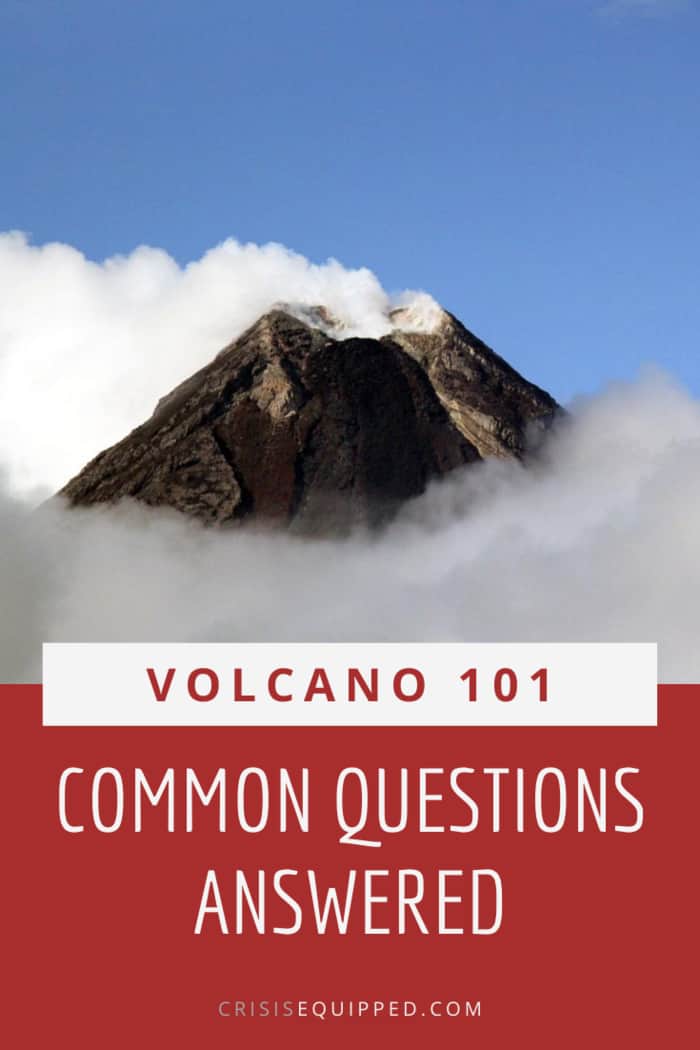