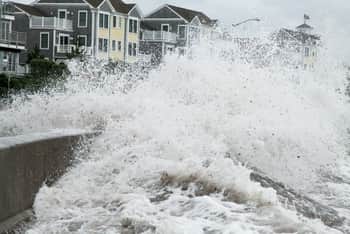 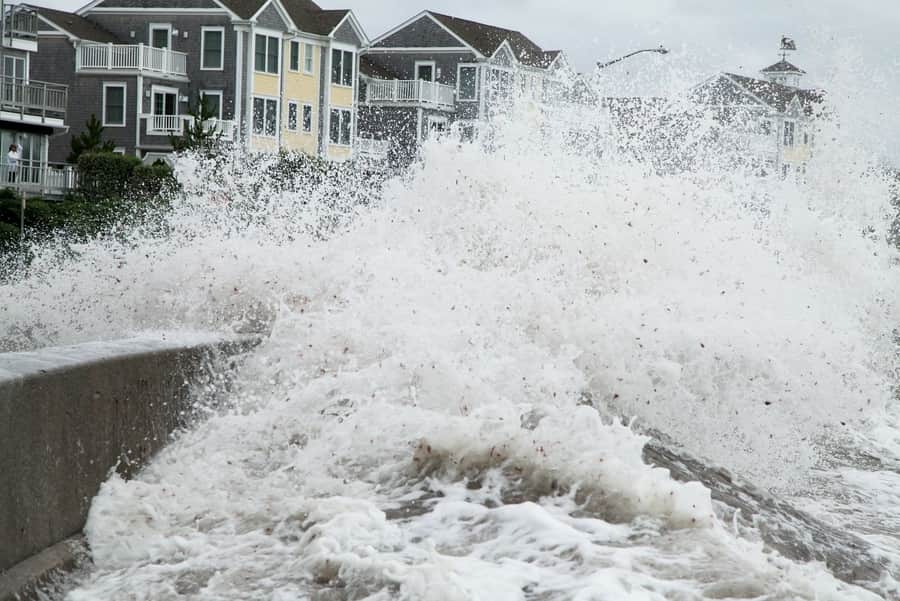 Tsunamis are fascinating to watch (from a distance) yet they are extremely dangerous. To help you mentally prepare for one, we’ve answered some of the most common tsunami-related questions.

How is a tsunami caused?

A tsunami occurs when there’s a significant disturbance below or next to a large body of water, such as the ocean. The most common sources of tsunamis are earthquakes, volcanic eruptions, and landslides.

How often do tsunamis occur?

Approximately two tsunamis happen each year worldwide but highly destructive tsunamis only occur about once every 15 years. Still, any tsunami — no matter the strength — poses a great danger to property and human life.

How can you tell if a tsunami is coming? What does it look like?

In the distance, a tsunami might just look like a regular wave crashing out at sea. As it approaches land, however, this wave appears larger and forceful. If you see a tsunami wave, don’t sit around to look at it. Run to higher ground immediately!!

There are a few events leading up to a tsunami which can help you determine that your life is threatened. First and foremost, it’s the event that caused it. In most cases, an underground or coastal earthquake or volcano is what generates a tsunami. If you feel or hear of a high-magnitude earthquake, an eruption, or explosion at sea, this is your first warning sign.

A second event that may take place is that the beach water may suddenly recede. The tide naturally goes in and out but when a huge wave is approaching, expect the water to pull back significantly. Many people rush to the ocean to run in it or to catch the fish— please don’t be that person! It’s a cool phenomenon to see the ocean recede but the wave that it’s producing is far too massive to wait around for.

How long do tsunamis last?

According to the NOAA and the National Weather Service, tsunamis can last from a few hours to a few days. This really depends on the size of the tsunami and your location relative to the epicenter.

How fast can tsunamis travel?

In the ocean, tsunamis can travel very quickly (more than 500 miles per hour). They might slow down a bit by the time they get to shore — roughly down to 100 miles per hour— but that’s still too fast for a person to outrun. A tsunami that occurs on the opposite side of the world has the potential to reach you within a day.

Tsunamis have the potential to travel up to 10 miles inland, so it’s necessary to obey evacuation orders as soon as you hear them and find an elevated place of shelter. Coastal and low-lying areas are at the highest risk of tsunami waves, surges, and flooding.

How tall can a tsunami get?

The average height of a tsunami wave is between 10 to 30 feet, but it’s not unheard of for a powerful tsunami to produce 100-foot waves. The tallest tsunami ever recorded reached a height of 1,720 feet. This occurred in Lituya Bay, Alaska on July 9, 1958. The source of this tsunami was a massive rockfall.

What are the effects of tsunamis?

Tsunamis can cause A LOT of problems to infrastructure, society, the ecosystem, and other aspects of life.

How do you survive a tsunami?

In order to survive a tsunami, you should be prepared to run…fast! The safest place for you to go is 100 feet above sea level or 10 miles inland. Since tsunamis travel quickly, you probably won’t be able to outrun it.

When going to the coastal areas, be mindful of evacuation routes, and draw a mental map of where you would run to if a tsunami were to occur at any given moment. Practicing your plan in your head will help you respond quickly and rationally instead of reacting out of fear.

To learn tsunami safety tips, check out this article.

Truth or False: I don’t live in a coastal area, so I don’t need to prepare for a tsunami.

Do you ever go to the beach? Even if you only take family beach vacations once a year you should be preparing for the possibility of a tsunami.

Tsunamis can occur quickly and with little to no warning. I’m not saying that you should walk around with an evacuation kit everywhere you go, but take some preparedness supplies with you when you go on vacation. If you’re driving, keep your kit in your car and pay attention to the tsunami evacuation signs on the beach. Take a mental picture of where you could find safe refuge in the event that a tsunami interrupts your vacation.

The chances of something like this happening are low, but then again, many people who live through a natural disaster agree that they never thought they would be the victim of one. So with that said, prepare for anything!

For more information on tsunami mitigation and safety, check out our guide here. We’ve provided a printable checklist for you as well.

Do you have any tsunami questions that weren’t answered? If so, leave them in the comments below! 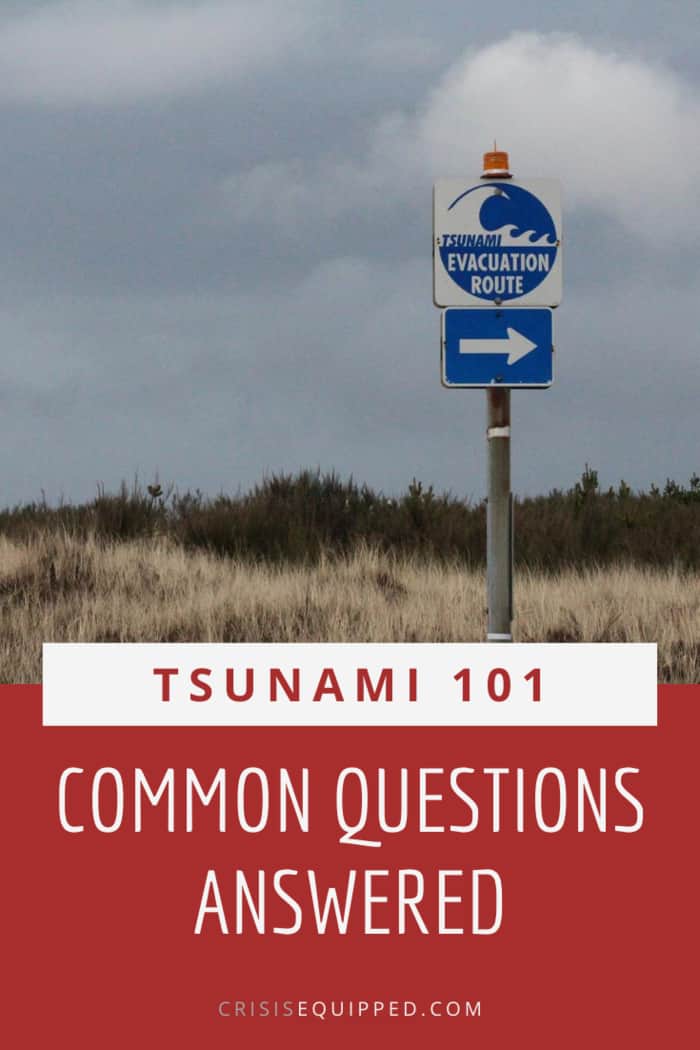 Sign up to receive blog updates straight to your inbox!