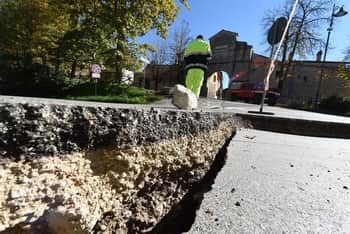 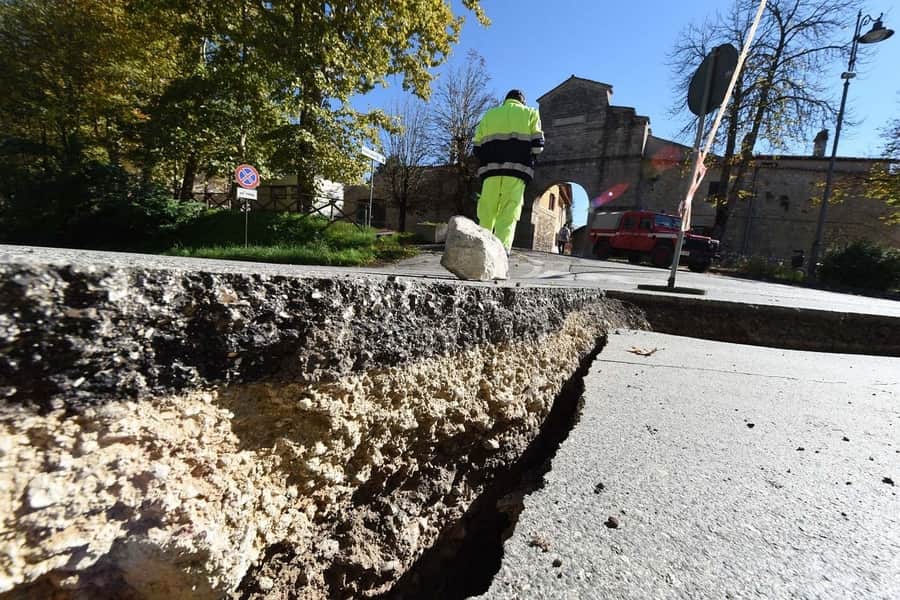 Earthquakes are unpredictable and nerve-racking. To put your mind at ease, we’ve answered some of the most-asked earthquake questions.

Are there warning signs before an earthquake?

There have been many claims that people observed a strange behavior in animals prior to a large earthquake, or that they themselves experienced odd physical symptoms, or lights flashed in the sky moments before.

While these comments could certainly be true, there is no scientifically-proven warning sign that will alert us of a coming earthquake. There isn’t a common or consistent enough behavior that would assure us of a possible quake. There are many studies being made about this, so it’s possible that one day we may be able to understand this phenomenon better.

Can you hear an earthquake coming?

Earthquakes make noises and in some cases, you can hear them coming. When a quake occurs, it emits P-waves and S-waves. The P-waves travel much faster than the S-waves. If the rupture produces a high enough frequency, and the hypocenter is shallow, you may hear a rumbling thunder-like sound prior to feeling the S-waves moments later.

An earthquake feels almost like turbulence on an airplane, except you’re on the ground. As the ground begins to shake, you may lose stability (depending on the magnitude and your proximity to the epicenter). This is why it’s important to drop to your knees immediately and hold on to something sturdy. The sudden back-and-forth shaking may cause objects to fly off the wall, bookshelves, etc, so keep your face and neck covered to prevent injuries.

Where is the safest place to be during an earthquake?

The safest place to be during an earthquake depends on where you are when an earthquake occurs. If you’re inside a building, you should drop to your hands and knees and crawl towards a stable object that you can hold onto and take shelter under. A sturdy table or chair would help protect you from falling objects. But your circumstances could look different- what if you’re in the shower, sleeping, at the gym or mall, in the car, outdoors, or near the beach? In this article, we discuss the do’s and don’t of earthquake safety in a variety of locations. Be sure to check it out.

How do you stay calm during an earthquake?

Earthquakes can be scary and may result in PTSD or anxiety. The best way to remain calm during an earthquake is to have already practiced your response plan before one occurs.

Training yourself and your family on what to do in the event of an earthquake will give you confidence and a sense of control. As the slogan goes, remember to “drop, cover, and hold on”. Surely, you might find yourself in a situation where dropping to the ground is not possible (such as when driving a car), so you should prepare for those scenarios as well.

Periodically, have earthquake drills with your family in various locations and at different times of the day. Be sure to also have a preparedness plan in place that includes a communication, reunification, and evacuation strategy, as well as enough food and water to sustain you and your family for a minimum of three days.

If you are experiencing post-earthquake anxiety, there are many ways to get help and recover. Check out the crisis hotline here.

How long do earthquakes last?

On average, earthquakes only last between 10 and 30 seconds, but the way they’re experienced oftentimes feels like they last forever.

How many aftershocks are normal after an earthquake?

There’s no way to accurately estimate the number of aftershocks that precede the main shock but you should expect there to be thousands. Luckily, you may only feel a handful of them.

The larger the main shock, the more aftershocks that are expected, and for a longer period of time. Not even a month after the 7.1 Ridgecrest earthquake in California, an estimated 80,000 aftershocks were recorded.

Do a lot of little earthquakes mean a big one is coming?

There’s no definite answer on whether a bunch of little earthquakes could signal the coming of a larger one but research provides statistics that are considerably favorable towards this theory.

Seismologists, the scientists that study the Earth’s seismic waves and monitor earthquakes, are constantly discovering the patterns of tectonic plates and their movement. While there is still no way to predict when the next earthquake may occur, seismologists have found that temblors of at least magnitude 4.0 tend to occur days or weeks prior to a large one. Read more about that here.

What is considered a big earthquake?

A big earthquake is a temblor with a magnitude 6.0 and higher.

Earthquakes are recorded on the Richter scale. The earthquake scale is as follows:

Has there ever been a 10.0 earthquake?

There is no record of a 10.0 earthquake having ever occurred. According to the US Geological Survey, a temblor of this magnitude is not even possible because there is no fault long enough to generate such a strong quake.

Can the ground open up during an earthquake?

No. If this is what you’re truly concerned about, take a deep breath and relax. 😉 Earthquakes occur due to the friction of tectonic plates pushing up against one another. Although the post-earthquake terrain may show notable cracks and other significant topographic and structural damage, the ground will not open up- that is a myth.

For more information on earthquake mitigation and safety, check out our guide here. We’ve provided a printable checklist that you can keep for future reference.

Do you have any earthquake questions that weren’t answered? If so, leave them in the comments below! 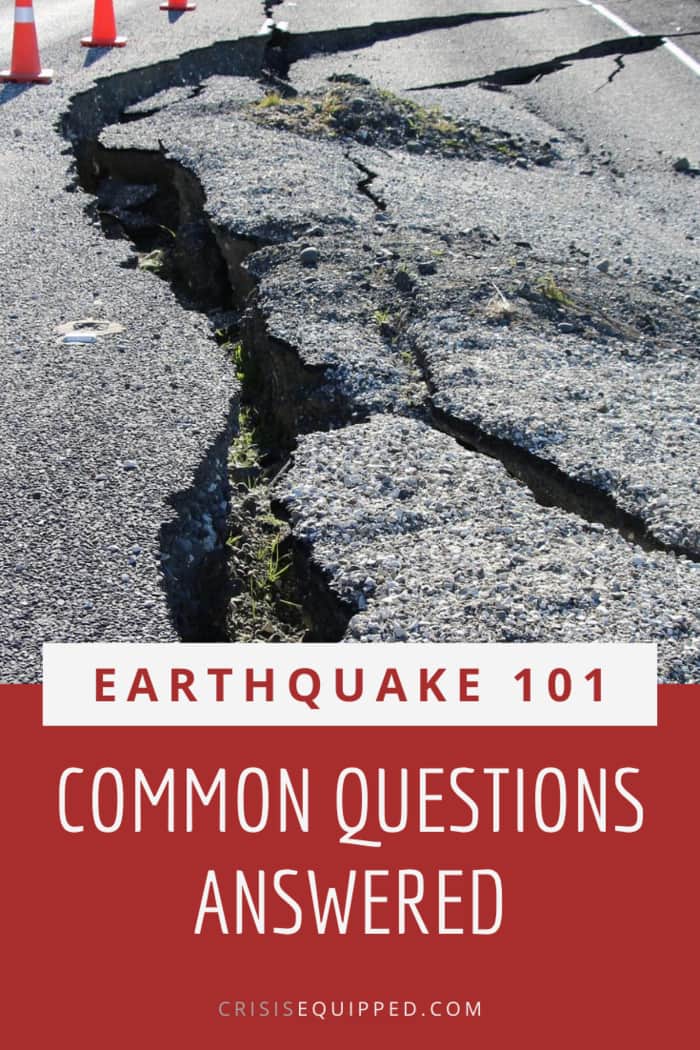