Bugging out is an expression that refers to fleeing an area quickly, typically by foot, because it is unsafe to remain wherever you are. The term is said to have originated by the military during the Korean War. Now, it is widely used to describe the event in which a person leaves an endangered area due to natural or manmade disasters.

In short, to bug out is to escape or evacuate immediately. When bugging out, you should take a Bug Out Bag (or BOB) with you.

What is a bug out bag?

A bug out bag is a grab and go kit that contains the minimal essential supplies to help you become self-sufficient during the first 72 hours following a disaster. In the preparedness niche, it’s typically thought of as a tool for survival when you flee from your home to your bunker hidden somewhere in the boonies. That’s not what we’re emphasizing here. Instead, we’ll use the term ‘bug out bag’ interchangeably with ‘go-bag’ or ‘evacuation kit’ because essentially that’s what you’ll use it for.

Here we’ll answer the most common BOB questions, such as:

Who needs a bug out bag? Is it necessary?

Everyone in your household needs a bug out bag— this includes you, your children, elderly and disabled family members, and your pets and service animals.

Bug out bags are necessary because they can become a person’s lifeline in times of crisis. Surely it’s difficult to imagine a time of lack when we are constantly exposed to abundance— go to any store in the United States and you’ll generally find a large variety of supplies, and more often than not, sufficient quantities of each item.

Unfortunately, this is not a realistic scenario of what things are going to look like after a disaster. When there are signs of trouble, people panic and they rush out to buy anything that will help supplement their immediate needs. The first things to go are water, food, medical supplies, and personal items (toilet paper, anyone?). Time and time again, we’ve seen how desperate people behave when a disaster or national crisis is forecasted.

Truthfully, I don’t want to be caught up in the middle of a angry and rowdy crowd under any circumstance, and I don’t think you would want to be either. That’s why it’s prudent to prepare a bug out bag now. The day you desperately need your survival items, you’ll be one step ahead of everyone else.

What makes a good bug out bag?

A good bug out bag will have the basic necessary supplies to meet your personal needs for at least 72 hours. For this reason, a bug out bag that is fit for you may not be fit for your children, spouse, elderly parents, loved ones with special needs, or pets. Building unique kits for each person in your household is highly recommended.

There are many qualities that make up a good bug out bag, including the color, design, size, weight, and most importantly the contents.

Types of bug out bags

Bug out bags are not all created equal, nor should they be. When considering what to include in your kits, brainstorm which items are absolutely necessary to sustain you for a minimum of 72 hours.

Standard bug out bags may work perfect for adults, whereas babies, pregnant and nursing moms, children, teens, folks with special needs, and pets and service animals may require a few unique items.

In this section, we’ve prepared checklists with the key items that each kit may require. Please understand that they are mere suggestions and by no means should be taken as a one-size-fits-all checklist. Everyone’s needs are different, so feel free to add or subtract any item from the lists provided to suit your own necessities.

Also, be mindful that the contents of your kits may have to be updated periodically to reflect the season you’re in.

What color should your bug out bag be?

Your bug out backpack should be neutral colors with little or no graphic designs. Neutral colors include dark beige, dark green, dark blue, and black. You want your bag to blend in rather than stand out.

In the event of a bug out scenario, you’ll want to keep a low profile. Having a bright colored bag might draw attention to you whereas a camouflage backpack might give off the impression that you’re a wilderness expert, preparedness enthusiast, or have military experience.

What design and size should your bug out be?

The design of your backpack is entirely up to you. Some people love pockets because they can fill each compartment with different things. While I think pockets are a good idea, having too many can become overwhelming and confusing. When you’re under a lot of stress, you may have trouble finding an important item simply because you forgot which pocket you put it in. I speak from experience here. If you’re a very organized person, you may want to opt for lots of pockets. If you’re not too organized on a good day, you may want to consider a backpack with less pockets.

Determining the appropriate size for your bug out bag is critical because you will have to carry it with you wherever you go. Make sure your backpack is tailored to your torso correctly so that it will be comfortable for long-distance walking. Because of height, weight, and physical differences, your backpack will most likely require a different adjustment than your spouse’s or children.

There are plenty of YouTube videos that show you how to fit a backpack properly. Ideally, the majority of the backpack’s weight should be carried by your legs rather than your shoulders. Once you’ve figured out the right fit, do a trial test. Fill your bag with several heavy items and go for a walk or hike. If you are able to complete the hike without feeling too much pressure on your back and shoulders, you’re set! If not, alter the straps or distribute the weight as necessary.

How much should your bug out bag weigh?

Considering that you may need to travel long distances by foot with your bag on your back, you’ll want to keep the weight of your pack to a minimum. The ‘ideal weight’ of a bug out bag will vary from person to person because our bodies are different. As a reference, your bag should be roughly 15-25% of your body weight. Note that your fitness level makes a huge difference in how much you’re able to carry.

As before-mentioned, it’s recommended that you adjust your bag properly to your body (to prevent strain and injury) and then go on a walk or hike to determine if you’re able to carry the pack comfortably. If your bug out bag is too heavy, you should downsize, rearrange the contents, or go on daily walks with your weighted pack to strengthen your muscles and allow your body to become adjusted.

Remember that your kids, pets, and anyone with special needs may also have to carry their BOB’s— perhaps just partially— so keeping the weight of each pack to a minimum is critical.

DIY bug out bags versus buying one

If you do a simple Google search for bug out bags, the results will render a myriad of pre-built backpack options ranging from $59.99 to $499.99! Clearly there’s a huge discrepancy in prices, so let’s talk pros and cons before you buy the first one you see.

Making your own kit

Buying a pre-made bug out bag

If you're planning to buy a bug out bag, these are great options for standard kits. Take 10% off your BOB purchase by using code BugOut10 at checkout.

If you prefer to build your kit from scratch, take advantage of the checklists we've provided for reference.

How long should your bug out bag last?

The supplies in your bug out bag should be able to sustain you for at least three days, or 72 hours. This means that you should have enough food (or calories), water (or a water purification system), shelter, heat, first aid, and tools for personal defense should your circumstances force you to flee your home and have to travel to find an alternative place of refuge.

How often should you update your BOB supplies?

The contents of your bug out bag must be carefully tailored to your needs. The frequency at which you need to update them depends on your situation. For instance, if you live in a place that experiences four seasons, you should consider updating near the beginning of spring and fall to reflect the coming summer or winter season.

If you have children, you’ll have to consider updating their clothes and shoes every so often so they’ll be able to fit into their spare outfits. Prescription medications and items with a short shelf-life should be updated as frequently as needed. Our ‘content’s lists’, found below, can serve as a reference for when items expire and when they need to be rotated. 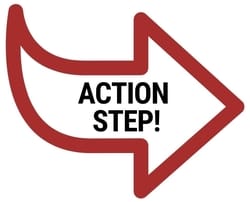 Based on the number of people you have in your household, determine how many kits you need to put together or purchase.

Use the template below to make a list. Then use the checklists, contents lists, and other templates below to help you get the supplies you need.

This step will take some time, so plan accordingly and don’t get discouraged. 🙂

Where should I store my bug out bag?

The point of having a bug out bag is to have it handy when an emergency occurs, therefore finding the right place to store it is important. The perfect storage spot will depend on your situation.

Your BOB should be kept in an easily accessible place where it’s not visible or likely to get stolen and where the temperatures don’t fluctuate much.

From toddlers to teens

For those with special needs

People with special needs should be prioritized in our planning process since their risks and vulnerabilities may be much greater than our own.

We've dedicated an entire section about preparing a kit for those with different types of special needs. You can find it here.